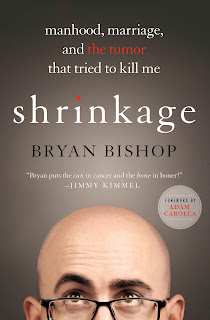 My first book, "Shrinkage," was released on April 29. It's available now in hardcover, digital and audiobook formats from Barnes & Noble, Amazon, iTunes, Wal-Mart (yes, my book is sold at Wal-Mart... how crazy is that??) - pretty much everywhere. I worked really hard on it and I think it's pretty good, so please consider ordering it today.

UPDATE (4/17): The audiobook is available for order! Check out the official page from the publisher to listen to an excerpt.

UPDATE (3/27): The official Facebook page for Shrinkage is live! Thanks to Mike Altier for creating and managing it. More behind-the-scenes pictures and goodies to come. Stop by, have a look around, and "Like" it, if you're so inclined.

UPDATE (3/13): This is awesome… Amazon's editors named "Shrinkage" to their list of "Big Spring Books: Fresh Picks From Our Editors." The list is subtitled "Books to Look For This Spring: Twenty books we think you’ll be hearing a lot more about this season." Check out the list here!

UPDATE (2/8): Signing events! More will be added, but here are the first ones to be confirmed.

UPDATE (1/6): Here's a link to a really fun interview I did… or rather, I'm doing. It's called "Reply All," and it's a sort of live-blogged, ever-evolving interview-meets-email-exchange. Lots of book talk, and more.

UPDATE (11/5): Here is the official page from the publisher. A special thanks to everyone who wrote an amazing blurb for the book.
Posted by BB at 10:05 AM 7 comments:

Apologies for posting this letter in such a public forum. I tried sending this to TC Boyle directly, but the email address I had must have been old or abandoned, because it got sent back to me as undeliverable  Hopefully this finds its way to him.


Hello Dr. Boyle,
This is your former student Bryan Bishop. I was a Creative Writing major at USC from 1996-2000. Your name came up recently when another former student of yours - Brad Thor - came on the podcast I work on to promote his new book, "Hidden Order." I read that he (like I) had studied under you at USC. We traded stories for a bit and laughed at what a small world we live in.
Our exchange got me thinking about my experience at USC in your class. Yours was easily one of the best courses I ever took at any level of my education. It was so supremely influential on my life and career choices. To wit: I was more than a little proud to tell Brad that I myself have my first book coming out next summer. It is going to be published by Thomas Dunne Books (a division of St. Martin's Press/Macmillan).
Brad told me you had recently retired from USC. Congratulations, sir, on a magnificent academic career. If you were still employed at the university, I would send a copy of my book to your office (where you and I met on occasion). If you feel comfortable providing me with an address, I would be honored to send you a copy.
Thank you, and congratulations again. 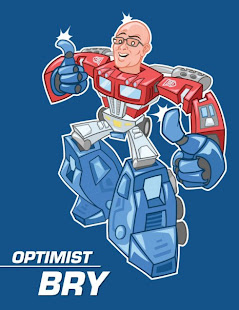